MISSION focused harnessing the power of photography for good

Do You Own A Camera?

Do you believe that 90% of people have only taken photos on a camera phone versus a camera? In the article I was reading the author said he did not believe the statistic was true. I think his opinion is coming from a very American point of view. The statistic was not referenced so there is no way to know where it came from. However, there are other statistics that are well documented. Like the fact that more than 1.3 billion people live in extreme poverty barely surviving on less than $1.25 a day. And nearly ½ of the world’s population, more that 3 billion people, live on less that $2.50 a day. Overall 80% of the world population lives on less than $10 a day. These people are not spending their money on cameras. However, they are spending money on the ability to communicate. More people on earth have access to cell phones than toilets. Out of the world’s estimated 7 billion people, 6 billion have access to mobile phones. It has been amazing to watch the increase in mobile phone around the world over the past 15 years. These phones are not iphones with high quality cameras. 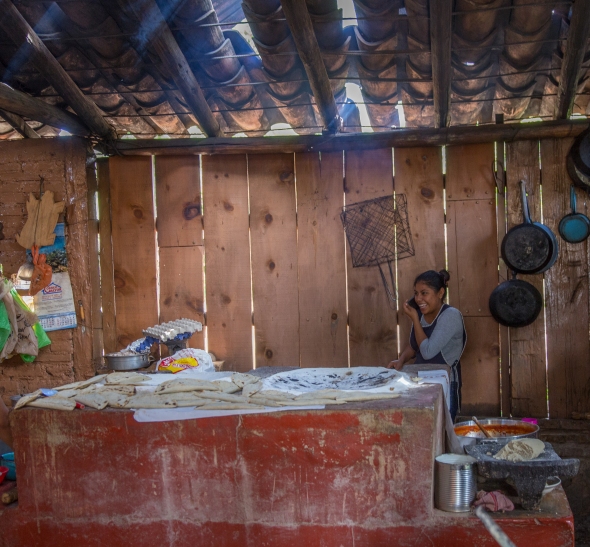 Because people don’t have cameras they don’t have printed pictures of themselves. We at MissionFocused know this first hand as we interact with people we are talking photos of. We did not just want to be another bunch of photographers who come into a village and get a kick out of how the kids react when we show a few photo to them on the camera. Our desire is to leave them with a lasting image of themselves.

This man told us he had one other photo of himself. Thank you Canon for making these nice little portable printers.

Here are a few of the women who were thankful for their photos.

Mark Shreves and Cyndy Smith are flying off to Oaxaca tonight to serve with our ministry partner Adventures in Life.  They will be photographing AIL’s Fall Medical Mission in Eloxochitlan.  They will be taking portraits and printing photos too.  They will be back October 22nd.  Please keep them in prayer.

Don’t forget to check our FB page for updates during the week. Thanks mucho!

The folks at Canon are hosting a photo workshop on January 2nd, 2015.
You will have use of some cool Canon gear and lunch is included. Only $50!

Raul was paralyzed from the chest down when the truck he and his cousins were in was hit by a gas truck that didn’t stop…that was 7 years ago.  It hasn’t been easy for him or his family but they continue to trust God for their needs and God has been faithful in His grace and mercy.  The family is a great testimony of what it means to trust God for everything and remaining faithful to Him despite the circumstances of life.

Pastor Raul and his family.

I first met Raul’s Dad, Pastor Raul, in 2010 when he came to Oaxaca to serve alongside Adventures in Life during the February Men’s Ministry week. Pastor Raul wanted to see photos we were posting but he does not have Facebook, he told me his Son did.  That’s when I became “friends” with Raul. It was a blessing to be in Guadalajara this week, where I got to finally meet Raul in person!  It’s been a great week of ministry…

We finished up work at the church on Friday and eating lunch when Raul asked me if I would take some photos of him on the grass.  Of course I said yes!  I didn’t realize that this would become one of the hardest photo sessions I’ve ever done…

After taking photos of Raul he asked the folks from AACF UCLA, who were serving with Adventures in Life in Guadalajara, to come join him.

As I started photographing and watching as the family gathered around Raul for photos, a few things really stood out to me.  Raul wanted some nice photos where he was not in the chair…for a few minutes he was just part of the family posing for photos, smiling, having fun, goofing around…

Honestly, it took every ounce of strength I had to keep the tears back!  I’m taking photos, praying and thanking God for the blessing of being here in Guadalajara to photograph this beautiful moment.  It was magical!

This is the power of photography.  Once all the photos were done, Raul looked exhausted and was left lying on the ground, he looked in pain but had a big smile on his face.  I had to take a walk and compose myself.

The interesting thing is I don’t think some of the folks in the photo understood what just happened…The lesson was not lost on me.  I am blessed!

This was our set up in 2010 when Terry Schwartz and brotherjoe first came down to Oaxaca for Summer Camp.  We brought 2 compact HP Printers to print 4×6 portraits of the kids at camp.  Since then we have been down to Oaxaca for Summer Camp 3 of the last 4 years and we have learned a lot about how much gear we need to bring.  We definitely used to bring too much back then.

This year, with 2 Summer Camps back to back, it’s been a busy week and half.  We now leave one of the printers in Oaxaca, so we don’t have to bring it down with us anymore.

The kids are just as cute as they were in 2010!  And the blessings are just as huge.  Amazingly, there are still kids who have never had their photo taken! That’s why we come to Oaxaca.

Tonight brotherjoe heads off to new territory for Mission Focused….Guadalajara!

We have never photographed on mission there, so it’s gonna be exciting!!

Adventures in Life Ministry is dedicated to spreading the hope that can only be found in Jesus.  Dave Miller, Executive Director of Adventures in Life, will also tell you that it’s not enough to preach Jesus.  In Mexico, the mortality rate for children under 5 is twice that of the United States, mostly due to malnutrition and hunger.  Children can’t hear the Good News of Jesus when the “grumbling” and hunger pains are all they can think about.  And when they do have an opportunity to hear about Jesus, and come to saving knowledge of Him…the question still remains, where will their next meal be coming from?

Photographing on mission with Adventures in Life in Oaxaca I have seen their work as they try and deal with these issues.  At Summer Camp, the kids get 3 full meals a day, packed with tons of protein.  Many of the kids who come to camp might have some sort of meat protein once a week, if that. They can have as much as they want!

This Summer they began an exciting new “culinary arts” program.  Partnering with recent Le Cordon Bleu graduate Yesenia Martinez who lead the classes in our camp kitchen, she taught the first group of students in a sort of cooking boot-camp, giving them information to help them understand what a career in cooking might look like.

On their final full day of camp the young students were brought to Oaxaca City to meet Chef Rodolfo Castellanos, Owner/Chef of Origen Restaurant.  With the help of Bricia Lopez of Guelaguetza Restaurant in L.A. the kids got to visit, get to know and cook with Chef Rodolfo in his kitchen.  It was a great morning and the Chef was more than gracious about sharing his story and how he worked hard in kitchens all over the world before making it back to Oaxaca to open his own restaurant.  He encouraged them to dream and work hard, regardless of if they wanted to be a Chef or not.

It was a exciting to see the kids look around at his restaurant and listen to someone who is from Ocotlan, Oaxaca and think that with a lot of hard work and perseverance they might be able to be a Chef as well.

These are issues most short term missions never address.  I think many of these missions trips are so focused on spreading the Good News to as many folks as possible, they never think about the physical needs of those they are trying to minister to.  It’s safe to say Adventures in Life is trying to meet the physical and spiritual needs of those they are ministering to.

Thanks again to Chef Rodolfo for being such a gracious host.  Thanks to Bricia Lopez of Guelaguetza Restaurant and thank you to Chef Yesenia Martinez for your willingness to come to Oaxaca and share your passion for food with the students.

It was a  long day of travel…it all  started on May 16th at 830pm San Diego time and ended in Oaxaca, Mexico at 630pm local time, May 17th.  I’ve been to Oaxaca 8 or 9 times in the last 4 years, photographing for Adventures in Life Ministry.

The first time I came I had my Shapeshifter and Airport International, along with a smaller roller with clothes that I would checkin.  I’ve learned over the past few years what works for me, and in the end that’s what matters.  I have also learned that the airlines in Mexico don’t care what’s in your roller. If they want to  be sticklers for the rules, they won’t let you bring your rolling case on board.  Especially if it weighs 24kg and the limit is 15kg!  Oops!!

I love my Shapeshifter pack, it holds what I want and with some coaxing, I can fit it with the gear in the photo in the overhead bin of an AeroMexico Embrear Jet.

So this is my Think Tank Photo Shapeshifter…I love it!  I love Oaxaca and can’t wait to see more of the beautiful city.  I will be posting as much as possible, but come Tuesday, I will be up in the mountains above Oaxaca for a few days shooting in Tlaxiaco…not sure if I will have wifi.  We will see….

Feature Photo from Our Smugmug Gallery